BET award-winning rapper Michael Owusu Addo known popularly as Sarkodie has really caused a stir on social media after he revealed his intentions of contesting as a presidential candidate for 2024 elections.

A lot of fans were excited about the rapper’s intention as they came in with positive comments. However, there are others who think Sarkodie is not competent enough to be a president. One fan with name Counselor Kwabena Afriyie asserted that it will not be possible because the rapper even couldn’t manage an artist he signed unto his label Sarkcess Music called Strongman. 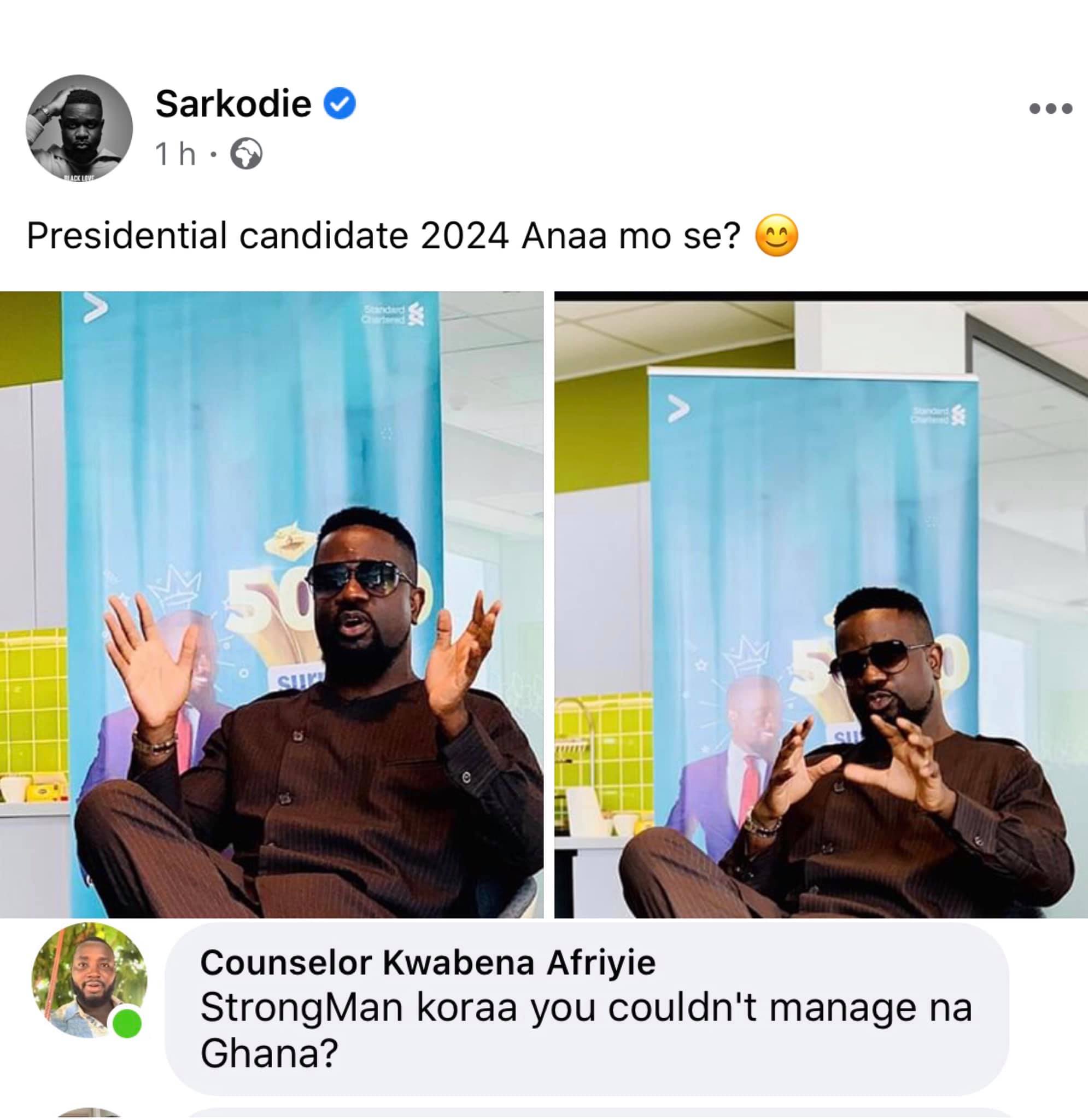