In the song Naa Agyeman says “Ex-President Rawlings should be celebrated for a life well-lived” and he extends his condolence to former First Lady of Ghana Nana Konadu Agyeman-Rawlings widow of late J.J. Rawlings and the whole family as well. 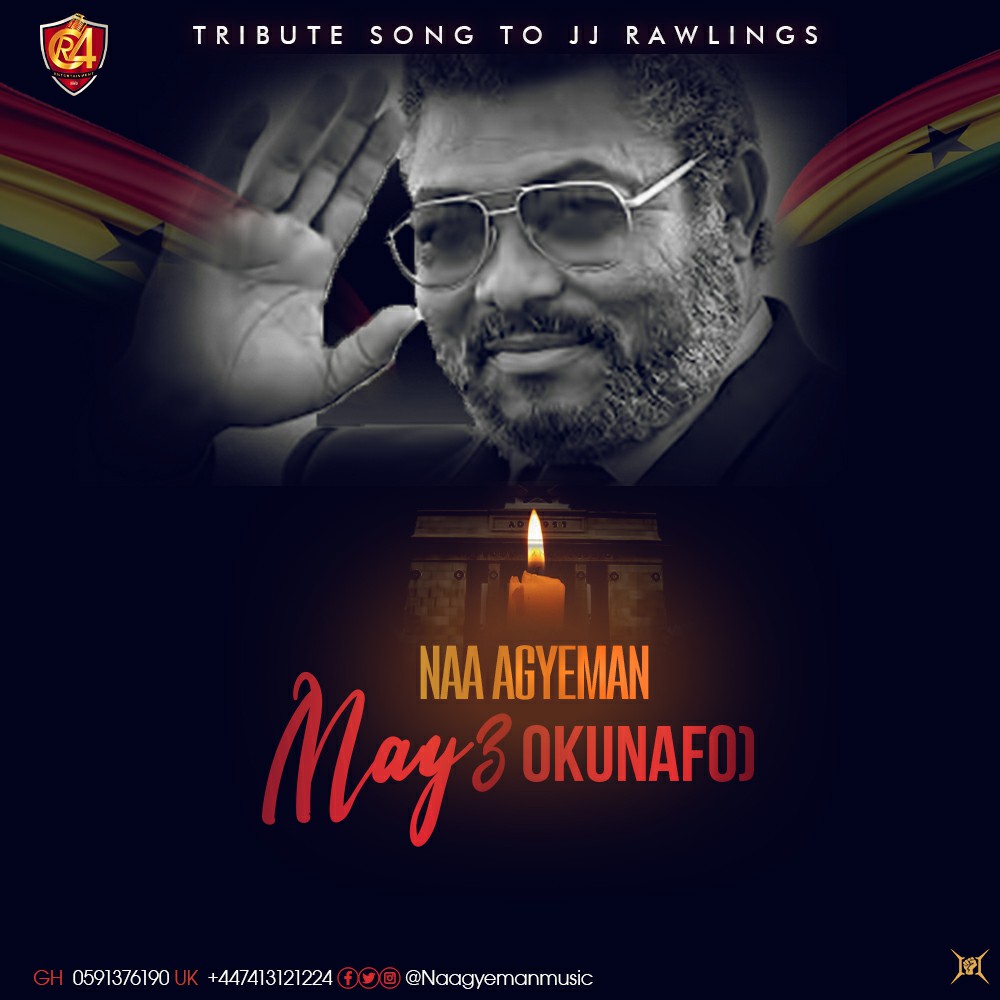